AboutThe Surface line of tablet-hybrid laptops from Microsoft has always caused some controversy, mainly from those who just want either a laptop or a tablet, but why not have both. It has taken a few goes for Microsoft to get to this point and I think they have finally cracked it.

The Surface Pro 3 (SP3) is more than just a laptop, more than just a tablet, it is a vital piece of equipment for any business person and for anyone who just wants a device that is easy to use for entertaining purposes. You can be at home happily watching movies on the 12” screen and the next day in the design studio making fine modifications on screen thanks to the Surface Pen. 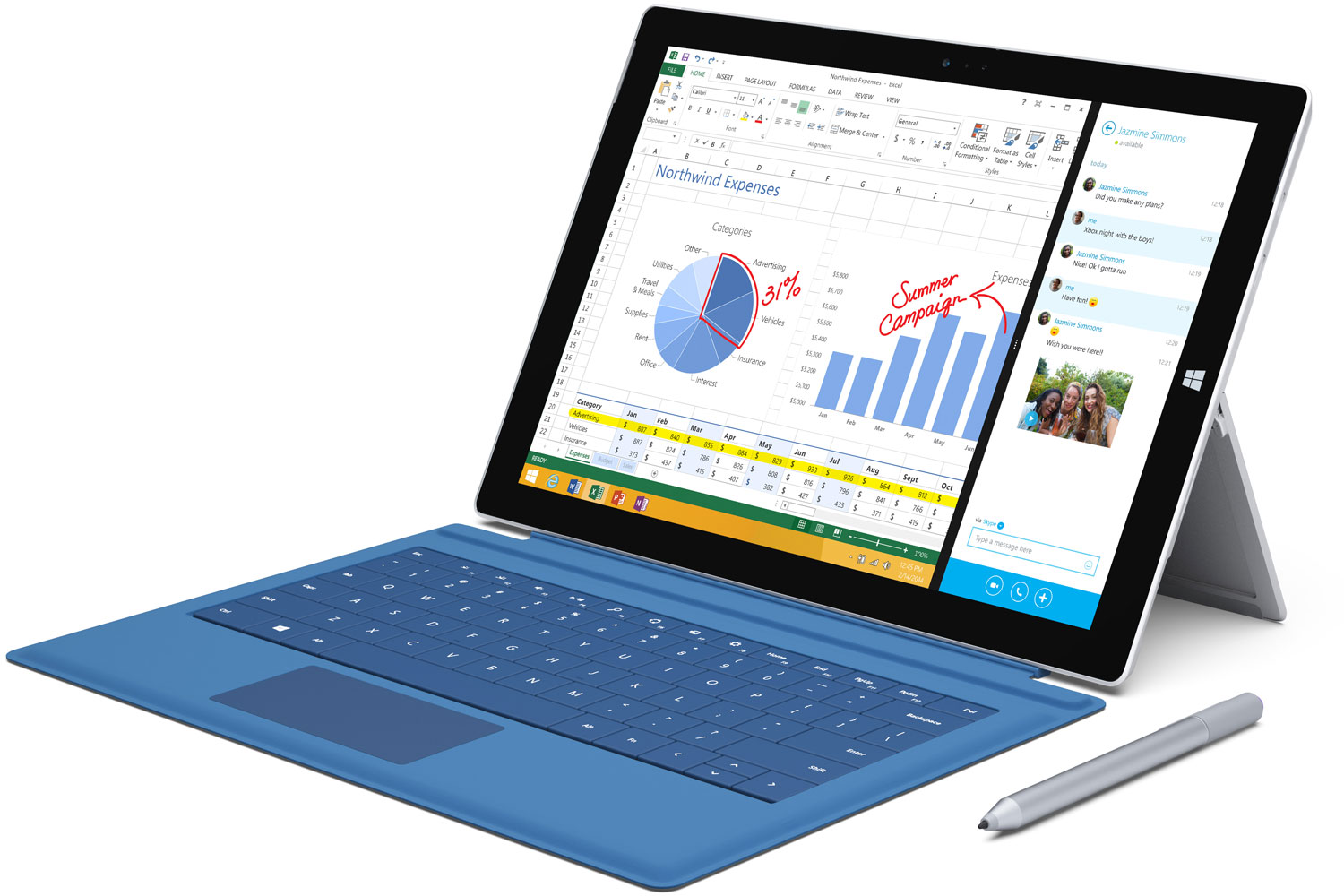 DesignThe design of the SP3 has not changed hugely since the first and second generations, but some subtle changes make all the difference. The SP1 and SP2 often felt awkward in their design thanks to the 16:6 and 16:9 screen formats but now with the SP3 the screen aspect has been change to a 3.2 ratio. This makes a huge difference, one that is not initially apparent but over a short amount of time you realise just how good the 12” screen is to use.

The look of the SP3 is industrial with its cool silver metal body and when you see what they have done with the kickstand and realise how versatile it is you will wonder how you could ever go back to an iPad or Laptop again. The SP3 is thin at 9.1mm considering that it has proper PC hardware inside it and if you think about it that is pretty amazing. This being said it certainly is not light at 800g without the keyboard but this is still class leading amongst any laptops in this class.

I briefly touched on the fantastic new kickstand which in previous versions of the Surface had a limited range of motion. Now however the SP3 gives you the ability to adjust the kickstand into any angle you see fit. This means that it is really easy to use the SP3 while sitting and in confined spaces. The keyboard is an essential and excellent piece of kit that you should buy but while it works great in a traditional desk setting the enlarged footprint it gives to the SP3 means that use on an airplane is not ideal. 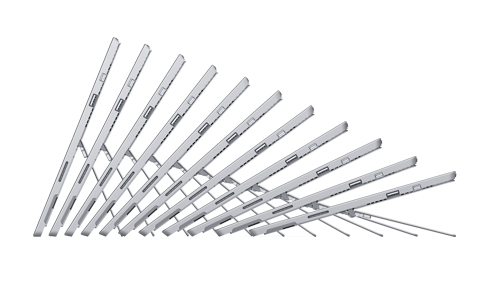 Display, Audio and PenThe screen on the SP3 as mentioned is 12” and comes with a resolution of 2160 X 1440 which gives it 215ppi (pixels per inch) which is nothing compared to smartphones but for laptops this is excellent. The screen is very bright and vibrant, blacks look really black and everything just looks well, photos and movies especially. The fact the screen can get really bright means that even though it is a reflective display when you are viewing it outside it is still okay to use.

The audio quality from the speakers is a big improvement this time around with sound playing loud and clear from the dual front facing speakers. Watching movies was a genuine pleasure on the SP3 and I never felt I needed to use headphones to get more bass.

The Surface Pen has been greatly improved in its use and also in its design and implementation. The first thing you will notice is that the pen has a good bit more weight to it which makes using it much nicer. Past versions of the Surface Pen also were not hugely accurate with a bit of an offset but thankfully the new Surface Pen is spot on even out towards the edges of the screen. For anyone who takes notes this is a killer feature as OneNote is fully optimized for use with it. When in OneNote a single click of the button on the top of the pen will open a new note for example. Double pressing the top button on any screen will instantly take a screenshot and save it to OneNote. I do wish that Microsoft could have somehow worked in storage for the pen within the Surface Pro 3 itself but sadly they haven’t – though the keyboard does feature a spot to store it.

The review unit I have been testing is the Intel i3 Processor with 64GB of storage and 4GB of RAM. This is the starting point of the Surface Pro 3 line, priced at €819 with the keyboard costing another €135. At this stage you can tell that you are no longer in tablet land unless you are looking at the new iPad Air 2.

What you are getting performance wise though is not a tablet, this is a full PC that can run your applications and games perfectly. I won’t bore you with the complicated nature of PC architecture but know that I did not encounter any slowness in performance. I would like to see more full PC applications working better with the screen with regards to upscaling. Some applications like Adobe’s Photoshop have added a specific experimental SP3 feature to increase the size by 200% making a huge difference. Other apps such as Chrome though look jaggy and blocky, not Microsoft’s issue but more Google’s in that example.

Battery life is quoted by Microsoft as being 9 hours but in real world tests this is more like 7 hours including some gaming, some Netflix usage and just general web browsing. This is not fantastic nor is it bad, let’s just say par for the course.

The Surface Pro 3 is a full-fledged PC and as such it has some PC ports to make life easier for those that need them. The SP3 has a sole USB3.0 port and Bluetooth 4.0 onboard, it also supports 802.11ac WiFi and has a Mini DisplayPort and microSD slot offering expanded storage up to another 128GB.

The cameras on the SP3 are front and rear and are both fairly average 5MP sensors, nothing to write home about. Unlike the odd tablet that has a good camera you are not going to be using your SP3 for shooting pictures, just video conferencing and Skyping and for those it’s perfect.

I have used a lot of Windows 8 PC’s and tablets and almost all have this annoyance that I can’t quite put my finger on, what it is I don’t know. However with the Surface Pro 3 I did not notice this annoyance as I call it, everything just works and works well. This is better than my own home PC, better than an iPad or a MacBook. The only limiting factor for people now is to get their head around the hybrid notion, this is more than a laptop, more than a tablet. It is expensive but then so are most laptops in this class, it is not a tablet.

The Surface Pro 3 is best experienced with the Surface Pro 3 Type Cover, for everyday use at a desk you cannot beat a proper keyboard. It comes in a variety of colours and has a full mechanical backlit keyboard.

Shop for the Microsoft Surface Pro 3 at Harvey Norman here.

In Short: If you’re looking for a device that’s as powerful as a laptop and as portable as a tablet, you’ve found it in the Microsoft Surface Pro 3